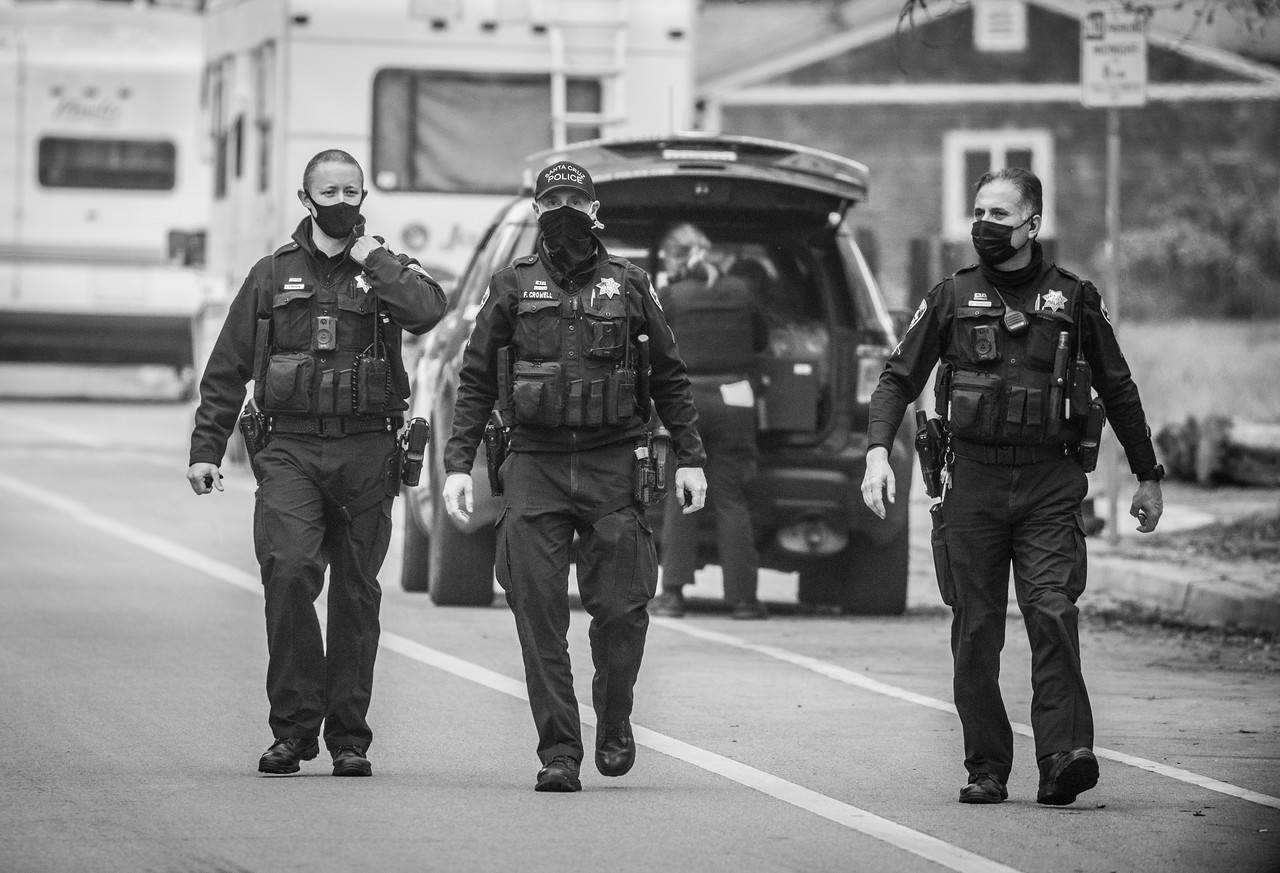 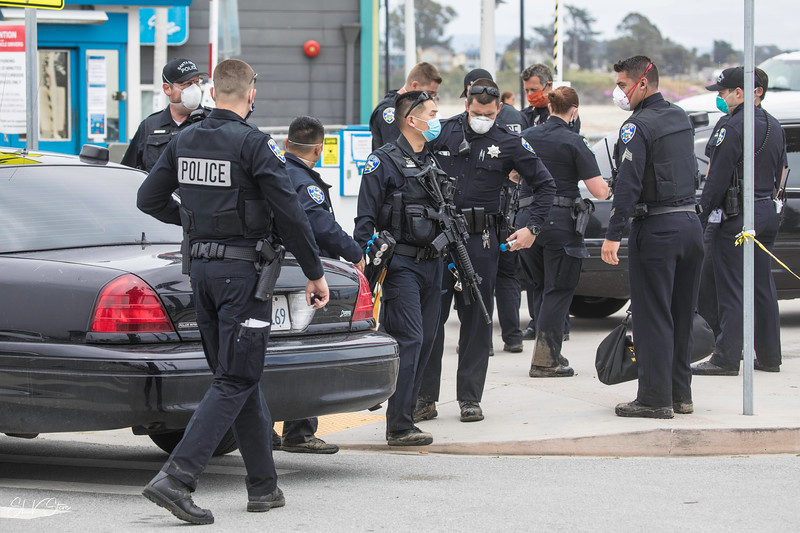 COVID 19 hit and our cops spun up to 12-hour shifts with no vacations allowed. They worked the streets while most of society hunkered down at home. The streets were eerily empty. Each cop (and essential workers) went into the field, not knowing if they would get COVID, bring it home to their families, or possibly die from its complications. Over 100 cops nationwide died of COVID. Three SCPD officers contracted COVID.

I did not hear one cop complain; they doubled down on their tradecraft and worked as a team.

Next, a budget crisis loomed because of COVD, and tough negotiations took place with the city. Despite these stressful negotiations, Santa Cruz police officers, CSO’s and Rangers continued to work the field in close contact with people likely to be COVID positive.  Imagine sitting in a patrol car for over an hour with someone possibly COVID positive. Again, high levels of drive to provide service and protect their community.

Next, George Floyd was murdered. The collective heart of policing sank as the level of injustice was shocking, depressing, and discouraging.  Every good cop I know looked in the mirror and took a gut check.  We all asked the question, “Could I be that guy?” Yet, because of the historical oppression of black people, often by the police used as tools of government, that murder touched a nerve of cops everywhere. Santa Cruz PD did not miss a step. They continued to serve through the embarrassment of Chauvin’s actions and the recognition of policing’s role in historical of racism.

As a result, civil unrest exploded across the nation, including here in Santa Cruz.  The SCPD team worked tirelessly on the protests, including long hours to plan, monitor and prepare for all contingencies. Each of our officers burned the candle at both ends for months. The result, esprit de corps throughout SCPD. They police with a positive spirit.

Each officer understood their mission: Facilitate the first amendment rights of protestors, even when the target of the protest. As a result of self-control by the vast majority of protestors, and effective planning and management by police supervisors, Santa Cruz protests were poignant, powerful and peaceful. The message by the protestors was clear to all- racism in all its forms must end.

Next a local colleague was gunned down-murdered for wearing a uniform. Other officers were wounded by what is arguably the most sever homegrown terror threat in the nation-the Boogaloo boys.  Santa Cruz police officers rushed to the scene, deployed the armored vehicle to rescue and evacuate trapped personnel. Yet, regardless of the risk and stress presented by all of these threats, our officers continue to serve with incredible distinction, honor, and compassion.

Then fires ravaged Santa Cruz County. Officers worked the burned areas, managed scores of new people in the city and some fled their homes. Yet, they came to work to serve others first.

I am inspired! COVID resurges, the budget falters, unrest continues, and we face an uncertain national election. Our cops realize some radicals are advocates of fear and violent unrest, yet Santa Cruz police officers stand ready to lead with civility, serve humbly, and risk all for this community.

Women and men of Santa Cruz PD, you inspire us to press on as one team. Thank you!