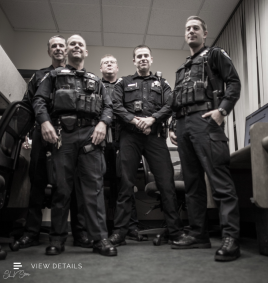 City Council recently approved the over hiring of police officers, allowing SCPD to increase staffing from 94 sworn budgeted positions to 102 officers. One hundred two positions allow SCPD to keep new hires in the pipeline as we project senior officer’s retirements. Over hires will enable SCPD to prevent an 18-month gap between when one retires, and the new officer is in service.

According to academics and police leaders around the nation (PERF), policing faces a triple threat to adequate staffing. Fewer people apply for police jobs, more officers are leaving their departments and the profession, and a growing number of current employees are ready for retirement.

As the Police Executive Research Forum (PERF) noted in a recent publication, Workforce Crisis, “More officers are leaving their departments-and, in many cases, leaving the profession well before they retire.” In California, many are just taking partial retirement as soon as they can. After losing 10 to retirement in the past 18 months, we expect to lose at least six (6) more sworn personnel in the upcoming 24 months.

Police agencies across the nation report the number of applicants is down significantly. Sixty-three (63%) percent of departments say they experienced a reduction in applicants. SCPD screens about 1,200 applicants. We hired 36 and 26 made it through training. The training failure rate is about 30%. The training failure rate is a point of serious concern for our program, and we are examining ways to coach in rather than cut from our team.

Additionally, at one point, there were 18 officers injured. Five (5) had been long term injuries that lingered in workman’s compensation for years, due to no fault of their own. They have since been retired, and the positions freed up to fill with new officers.

SCPD still has a little way to go before we are 100% healthy, staffed, and in the field; however, due to the hard work of Sergeant Wes Morey, HR, and DC Flippo, we well are close. Currently, we have two people off of work, 16 in various stages of training, and three (3) openings.

So, if you know of a smart and capable woman or man who wants a front seat to the best show on earth, a place where life speeds past in vivid color, a job where life is a thrill, and you have the independence to make important life-altering decisions each day, then recommend policing to them.  It is one of the few places you can look back at your life and know the positive impact you had on an incredible community. They can contact me directly at:  amills@cityofsantacruz.com

2 Replies to “Staffing At SCPD”